Written by Yuliia B.
Updated over a week ago

If you have a backup of your emails in EML, MIME, or Mbox format, you can easily import them to Hostinger Emails using Webmail. 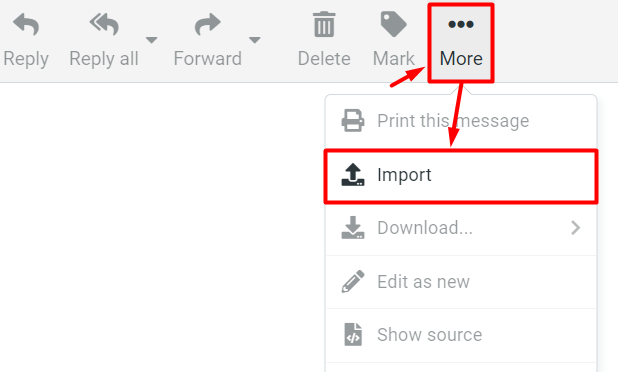 And select your email backup. If you have several files, you can pack them to a .zip archive and import it.

After the import is completed, you will see a notification:

Did this answer your question?